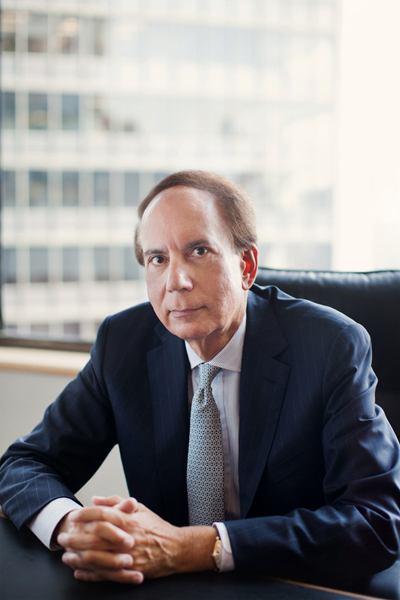 Kenneth J. Kaplan served as a partner and co-founder of the white collar defense boutique, Kaplan & Katzberg, since the partnership was formed in 1977. A Phi Beta Kappa graduate of Lafayette College in 1968, Mr. Kaplan graduated from New York University School of Law in 1971. He served as an Assistant United States Attorney in the Eastern District of New York from 1972-1977, and was Chief of the Official Corruption Unit, and Deputy Chief of the Criminal Division. In 1976 he was awarded the United States Department of Justice Special Achievement Award for the successful prosecution of major political corruption cases.

Mr. Kaplan has been cited in Best Lawyers in America, Best Lawyers in New York (New York Magazine) and Super Lawyers for white collar criminal defense. He was a member of the Board of Directors for the New York Council of Defense Lawyers, (1990-1993). He has taught at the Benjamin Cardozo Law School Trial Advocacy Program (1983 to present) and the Legal Aid Society Trial Advocacy Program (1990-1993). Over the years, Mr. Kaplan has successfully represented clients in well known white collar investigation and prosecutions, both state and federal. These include the representation of a prominent hedge fund manager in a New York Attorney General/ SEC investigation in which the authorities ultimately declined to bring charges; representation in a celebrated bid rigging case (Marsh & McLennan) that resulted in a dismissal; he obtained one of the few acquittals in recent years of a doctor in a health care/ billing fraud case; and represented a bank in a lengthy money laundering investigation which resulted in a decision not to prosecute. Mr. Kaplan has served as a lead defense counsel in a number of health care fraud prosecutions, (including the “Gold Pill” case in the Southern District of New York), and in a federal investigation into the importation of counterfeit goods. He has also represented the President and CEO of the major oil transporter in the Northeast (mail fraud and money laundering), a political figure (People v. Hank Morris) in relation to asset forfeiture, and a number of attorneys in federal mortgage fraud cases. Other cases involve tax evasion, immigration fraud, insider trading, and the representation of an alleged international arms dealer (Victor Bout) in a trial in the Southern District of New York. He recently represented the comptroller in the highly publicized prosecution of principals of the law firm Dewey & LeBoeuf. He was also one of the lead counsel in the largest trial ever in the Southern District of New York (The Pizza Connection Case), where the principal charge against his client was overturned by the United States Court of Appeals for the Second Circuit on a 42,000 page record. A recent courtroom victory resulted in the acquittal of a business executive, charged in the United States District Court for the Eastern District of New York with multiple counts of mail fraud.